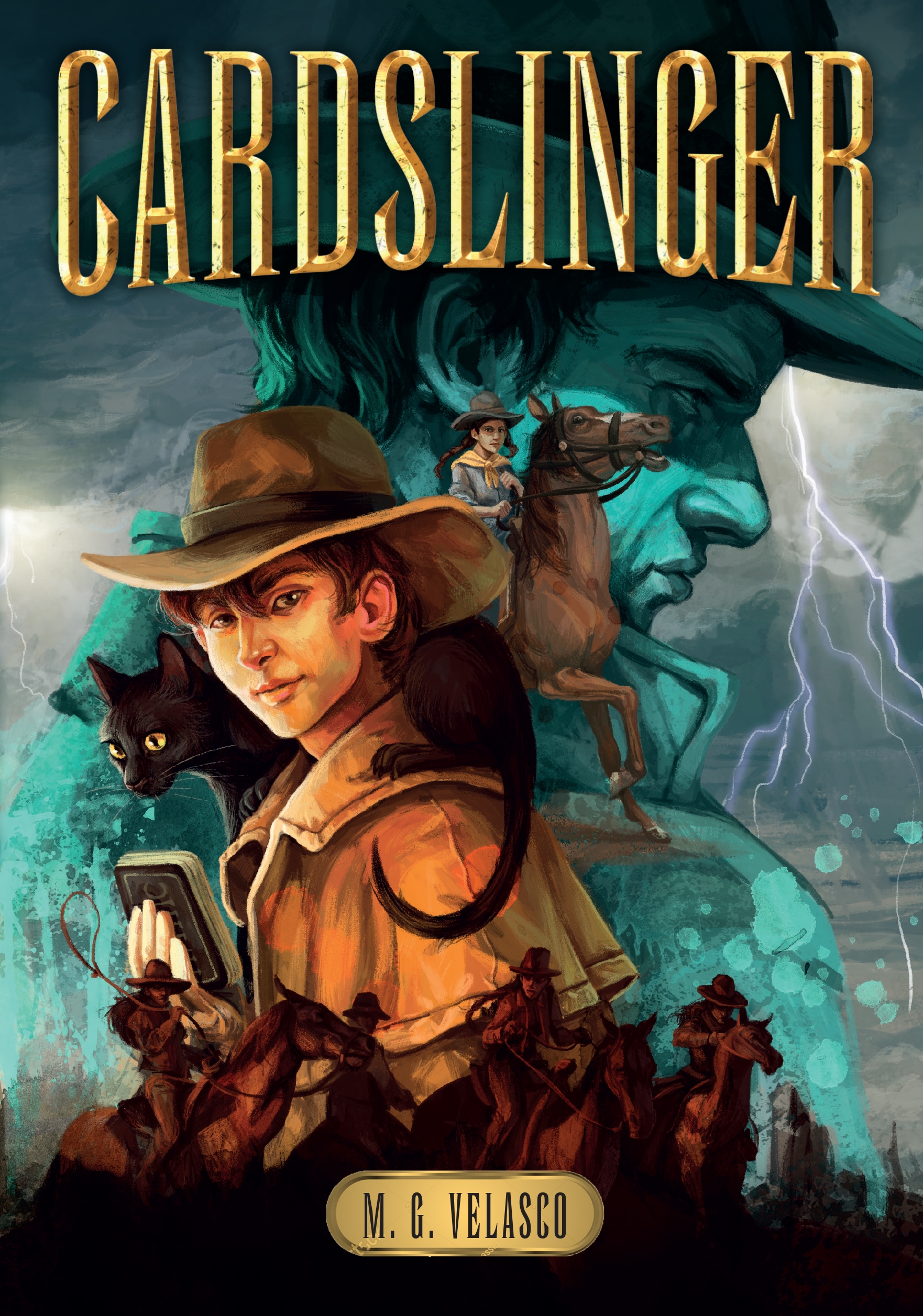 A dangerous quest, a lost treasure, and the card game that started it all.

It’s 1881, and a newfangled card game called Mythic is sweeping the nation. Twelve-year-old Jason “Shuffle” Jones doesn’t like it. He and his father created the game for themselves, before his father went missing. Mythic should have disappeared with him. But when Shuffle discovers a clue in a pack of Mythic cards, he sets out on a quest to find his dad.

Along the way he clashes with a devious card swindler, an epic twister, and the ruthless bounty hunter Six-Plum Skylla and her gang. As he gets closer to the truth, will he turn tail or push all-in to become a real hero?