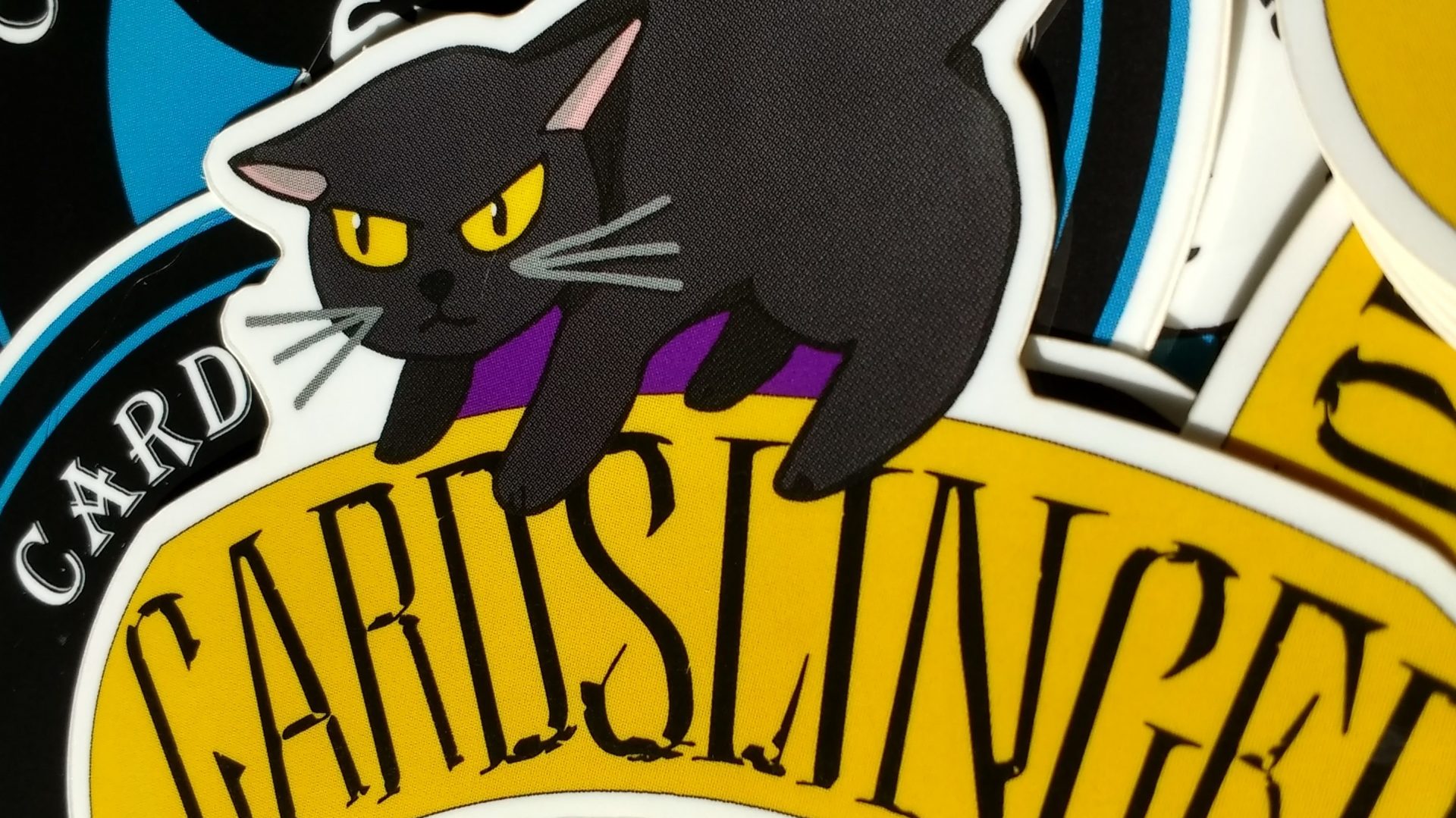 Consider the timeless and beloved character, Robin Hood. He was a criminal. Huzzah!!! He robbed the rich(the corrupt) and gave to the poor(the oppressed)! Everybody loves the crafty ne’er-do-well and his antics.

In celebration of completing the first draft of my work in progress about a cat burglar of sorts, here are a few of my favorite MG/YA heist stories with (anti)heroes committing crimes for good causes. 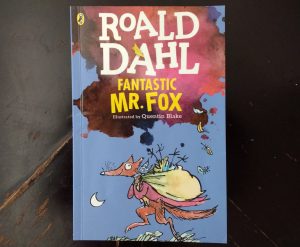 A guy’s gotta make a living, and Mr. Fox’s is to steal food from three farmers. The clever fox has to feed his family, ya know.

When the farmers (vile, dumb humans named Boggis, Bunce and Bean) decide enough is enough, they hunt down Mr. Fox, shooting off his tail and destroying his home (and other forest animals homes) with digging machines.

To no surprise, Mr. Fox outwits the idiots and survives the siege. Mr. Fox, his family, and the other animals celebrate with a huge banquet of stolen loot(chickens, ducks, ham, bacon, cider and carrots (for the vegetarians/rabbits).

Quintessential Roald Dahl, Fantastic Mr. Fox is wickedly funny and a delight to read out loud. 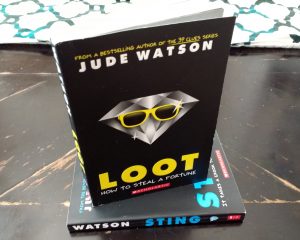 March McQuin grew up a grifter, under the tutelage of his father, a notorious cat burglar. When his father dies during a heist gone wrong, March gains a stone that just might make him rich. However, the stone might be cursed and must be reunited with six other moonstones, or the hex could spell doom for the young con artist. In order to pull off the heist for the other jewels, he must find his long-lost sister and form a gang thieves.

Loot is a fun read, filled with lots of criminal antics and con games…for a good cause, of course. The sequel, STING, is just as clever and exciting.

SIX OF CROWS by Leigh Bardugo. 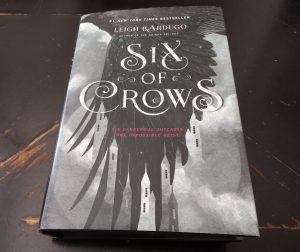 Stone-cold and clever, Kaz Brekker is a thief with an answer to almost every problem, even to infiltrating a secure stronghold to “rescue” a scientist (for a lot of money). He forms a band of outcasts to undertake the dangerous heist, the success of which may determine the fate of the world.

The book oozes with grime and shadow and intensity, with a well-realized criminal element. Kaz exudes personality, confidence and wit. He pushes the boundaries of honor and law to get what he wants. A true grifter. Find Kaz and the gang in the sequel, CROOKED KINGDOM.